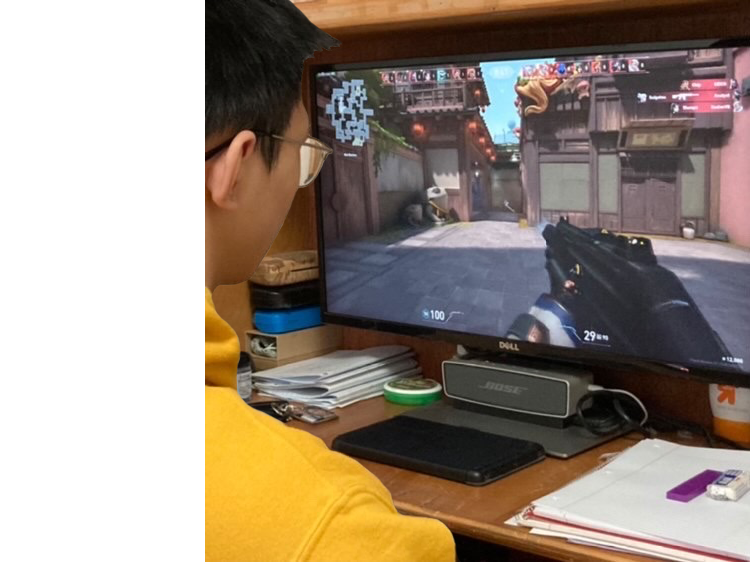 ▲
During Phung's two-week quarantine, he was either doing work for the upcoming school year, or spendi
Steven Phung

▲
During Phung's two-week quarantine, he was either doing work for the upcoming school year, or spendi
Steven Phung

A little cough escaped from senior Steven Phung as he worked on his school assignments. He held in a small sniffle and reached over to grab his water bottle. It might just be a common cold, Phung thought in the back of his head.

As each symptom began to worsen, senior Steven Phung began to question: Could it be what he thought it was?

Phung was worried that he may have gotten COVID-19 as these were common symptoms. He quickly notified his family and recounted any encounters that could have led to an infection. He recalled that he had been in close contact with his cousin’s family.

“The first thing that came to my mind was getting the rest of the family tested,” Phung said. Knowing that his family is quite stubborn, he worried that they would refuse. A confirmation from his cousin led to Phung ultimately pushing his family. As it turned out, his cousin and uncle were both positive for the coronavirus.

“You can never be too safe… Make sure you don’t interact closely with anyone who disregards the rules and precautions.” — Steven Phung

Worried, Phung and his family scheduled an appointment at a drive-through testing station and performed the free test on themselves.

Phung took a nasal swab test, inserting a six-inch long swab into the back of his nose and throat for 15 seconds and rotating the swab several times. He did this to both of his nostrils and inserted it into a container for lab testing. “When I was taking the test, it hurt because you basically stick the swab all the way up your nose,” Phung said. “Everyone at least tears up.”

After they finished the procedure, the family  went home slightly anxious. Phung tried to show a calm exterior, trying to lessen everyone’s worries. “I didn’t want my house to go into a panic,” he said. The results came out a week later. Positive. Everyone except Phung’s mom was infected.

“I had to be quarantined completely, so everyone that was infected would be separated from everyone else,” Phung said. “We [made sure to] sanitize the whole house.” During those two weeks, the only person that tended for the infected family members was Phung’s mother. She made sure to provide food and took sanitary precautions every time she visited each family member. “I felt bad for my mom because she was taking care of the whole house with no help,” he said.

As time went by, Phung found different ways to occupy himself. If he wasn’t doing schoolwork, he was either sleeping or playing video games. “It helped me take my mind off things [since]… I just stayed in my room all day and couldn’t interact with my family,” he said. 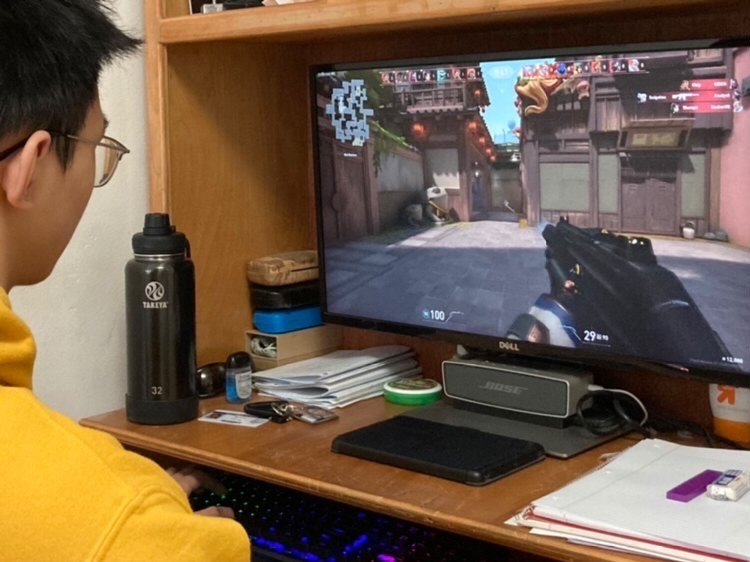 During Steven Phung’s two-week quarantine, he was either doing work for the upcoming school year, or spending his time playing video games and sleeping.

At that time, the question of virtual or in-person schooling was still up in the air. Phung knew that there was only one option for him. “I couldn’t go in-person because I didn’t want to get infected,” he said. “That opinion persisted throughout my bout of COVID as well.”

Since then, Phung and his family are cleared of the symptoms and are taking extra measures to prevent a reinfection. Now that they knew what it was like to get infected, they limited contacting others physically.

“You can never be too safe,” Phung said. “Get tested right away if someone close to you tested positive, [and] make sure you don’t interact closely with anyone who disregards the rules and precautions.”