A Project for Better Journalism chapter
The Kerronicle
Features, News 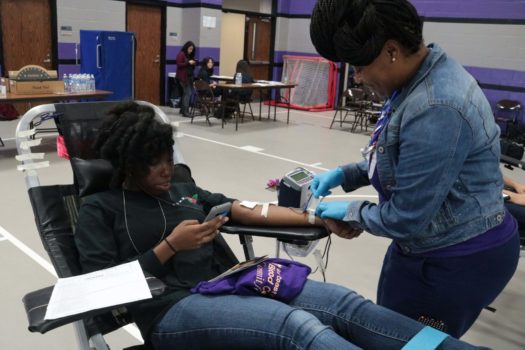 Blood drives have been a regular part of the school year for decades; but for some students trying to sign up to donate in the fall, a change in regulations came as a surprise.
Requirements regarding blood donations have typically included being at least 16 years old and weighing at least 122 pounds, or for those 18 and older, at least 110 pounds. Donors could give whole blood every eight weeks or double red blood cells every four months.

In September, however, blood centers like Gulf Coast Regional Blood Center implemented new rules for high school students. Female teens must wait 112 days (about four months) between donations of whole blood and male teens must wait 84 days (about three months) before they can donate again. For some students, that means they will be able to donate only twice during the school year, instead of three or more times.
The next blood drive at Kerr is scheduled for February 22.

According to Susan N. Rossmann, M.D., Ph.D. Chief Medical Officer for Gulf Coast, frequent donors typically have reduced iron levels during the pre-donation testing. New requirements for iron levels were adopted for all donors more than a year ago, but medical personnel noticed a particular problem with younger donors.

“Gradually, people have been becoming aware lately, donors that give frequently can have reduced iron stores,” Rossmann said. “Their iron stores are too low.”
For the first blood drive of the year, the change does not impact most donors.

“Certainly for the first donation it doesn’t affect anything. For the second donation, it might need to be a little later,” Rossmann said. “We’ve been trying to schedule with high schools so they would be in that time frame.”

Students should be able to donate blood once during the first semester and once in the second semester after schools have adjusted their blood drive schedules.

There are a few things students should do to prevent having low iron stores and to have healthy blood for donations.

“The best thing people can do if they want to donate, and just for their general health anyway, particularly young people, is to take a regular multivitamins with iron,” Rossmann said, “…a fairly small amount of iron, just 18 mg a day. If you take it for two months, that will replace the iron in a blood donation.”

Women are especially prone to low iron stores due to their menstrual cycle.
“When we take a unit of blood, it’s about 200-250 mg of iron. That’s quite a lot for someone who doesn’t have a lot of storage,” she said.

Rossmann said studies show the long-term effects of severe iron deficiencies but “We have never seen those effects in donors. So we are doing this as a precaution, not because we have seen bad things happen to people.” 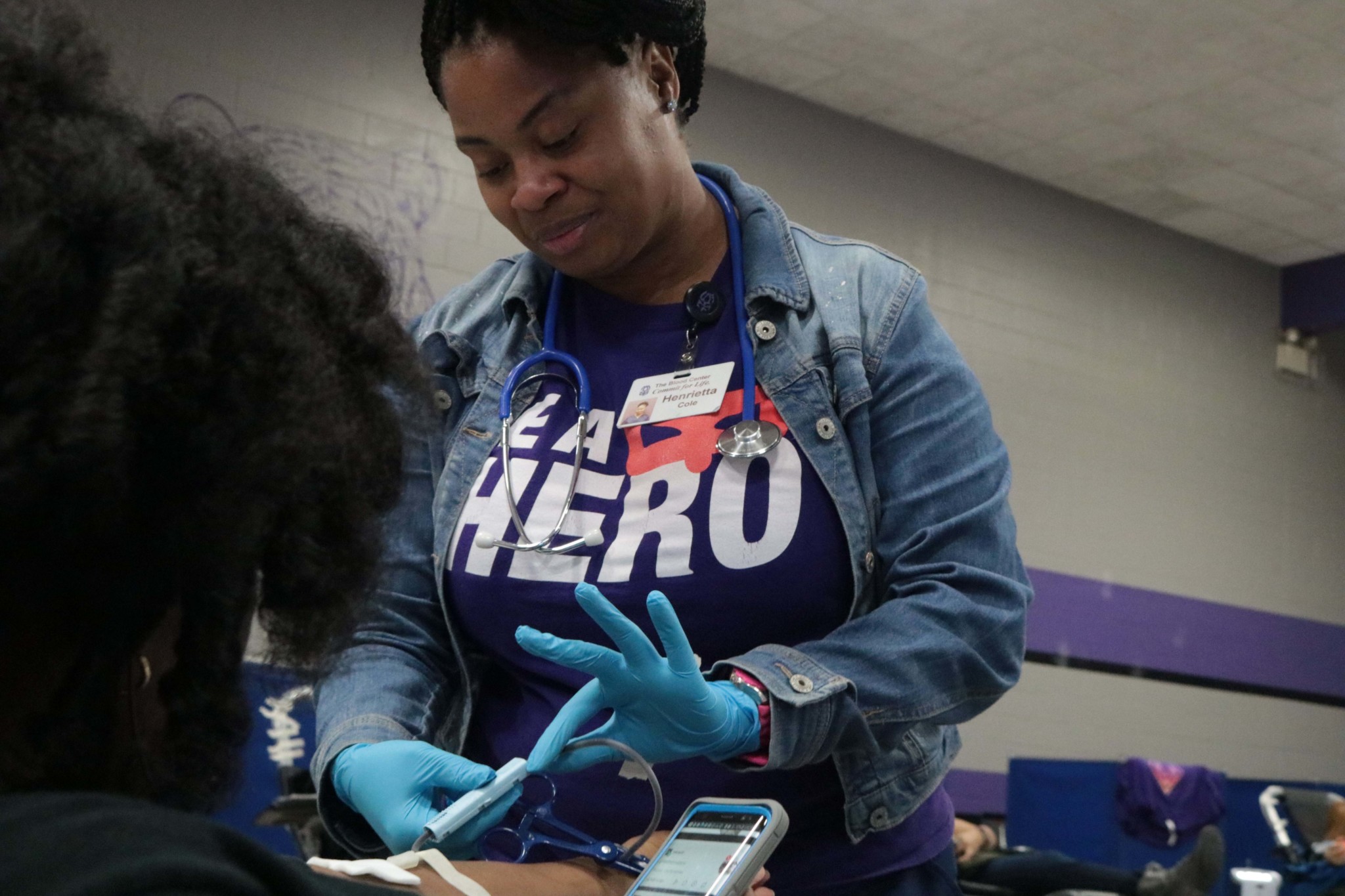 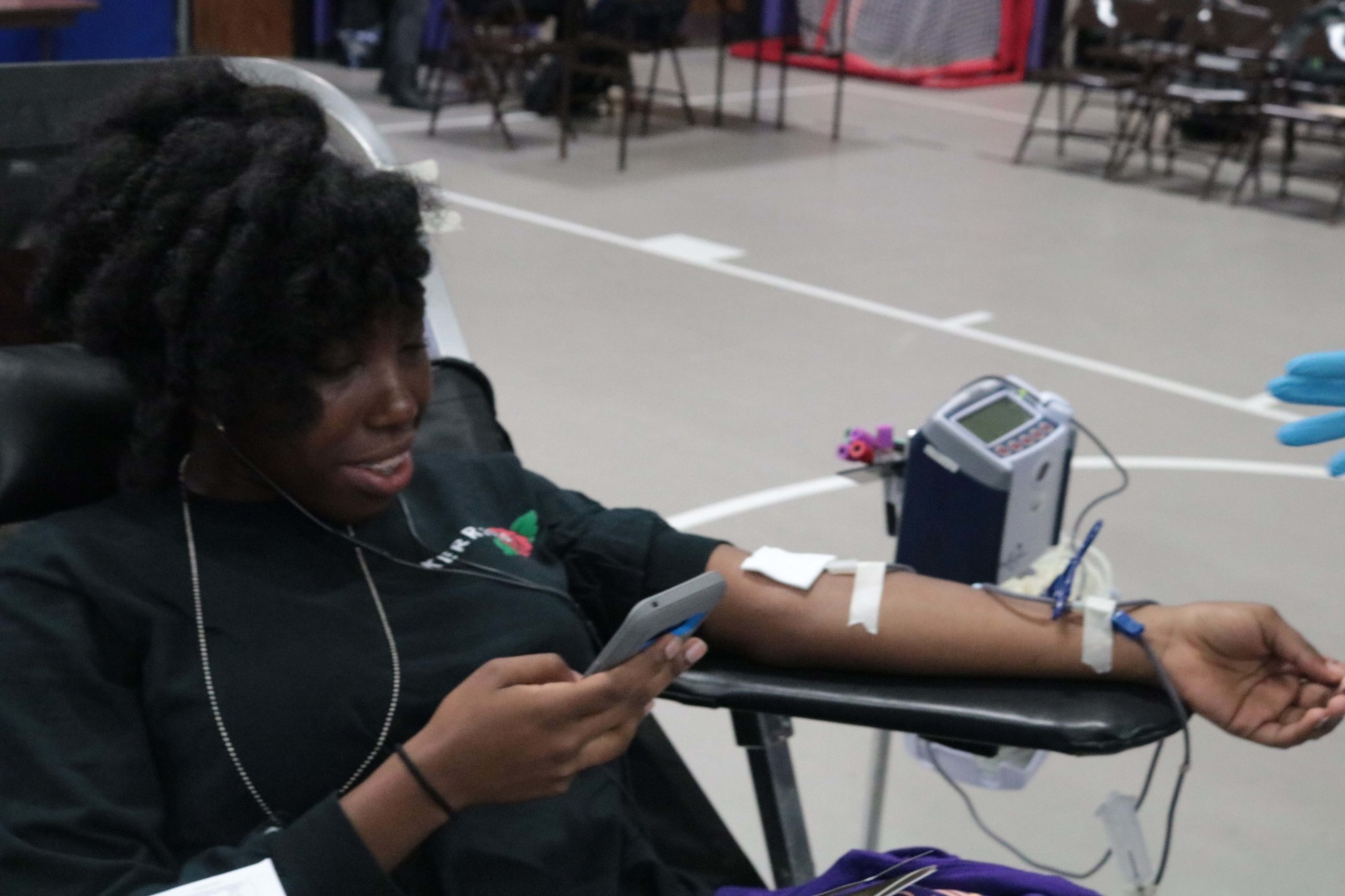 Dominique Carter, a junior, is getting her blood drawn while on her phone. (Huy Vo)