Resolutions: The First Problem of the Year 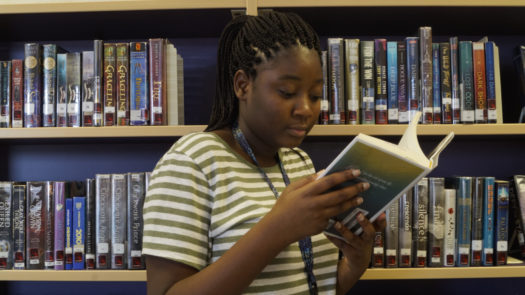 Just a few seconds ago, the main focus of sleep deprived students was just finishing the last of their finals and taking a long awaited nap. As soon as they set their pencil down and close their eyes for a brief moment to take in the newfound peace, the deafening sound of fireworks creep in out of nowhere.

All of a sudden, the countdown for the Time Square ball drop fills in the void of smoke the fireworks left behind. As the last second goes by, a quick silence holds its breath until it’s broken by the first cheer of the New Year.

When celebrating the new year, one of the biggest traditions is making resolutions. The big hype for this tradition is caused by companies commercializing resolutions as much as possible and the society believing they can finally commit to them.

“People like to have a beginning and an end for things,” said Interventionist Jan Kolk. “It gives them a chance to say ‘OK, I can stop doing something that I don’t like and this is my opportunity to start something new.’”

Sophomore Souraya Amirou says her New Year’s resolution is to read more books. She is reading “This Is Not The End” by Chandler Baker in the library.

The meaning behind New Year’s resolutions is optimistic, yet the success rate is anything but positive. People fall into the same pattern of starting the year off thinking it will be different from the last, but they find themselves back to their old habits by the end of January.

“It’s because of the type of resolutions you make” The more ambitious and big the goal is, the less likely chance someone can complete it. “If you did something 1% better or made a little bit of change everyday, it’s hard to fall back out of it because it’s such a tiny change.” Those small changes stick to your habits, which gradually becomes more and more effective.

If the big goal is losing weight, the first few weeks (if getting past 24 hours is possible) will be filled with diets and exercising at the gym. But the chances of quitting are high because after dedicating so much time onto one goal, excuses are thrown around trying to justify why a “well-deserved” break is needed for all the hard work done. Those excuses become more frequent and just like that, February rolls in and it’s back to eating junk food.

“It’s just a way [on how] to approach and look at resolutions,” Kolk said. “Looking at them as a big change? Nobody will [do it].” 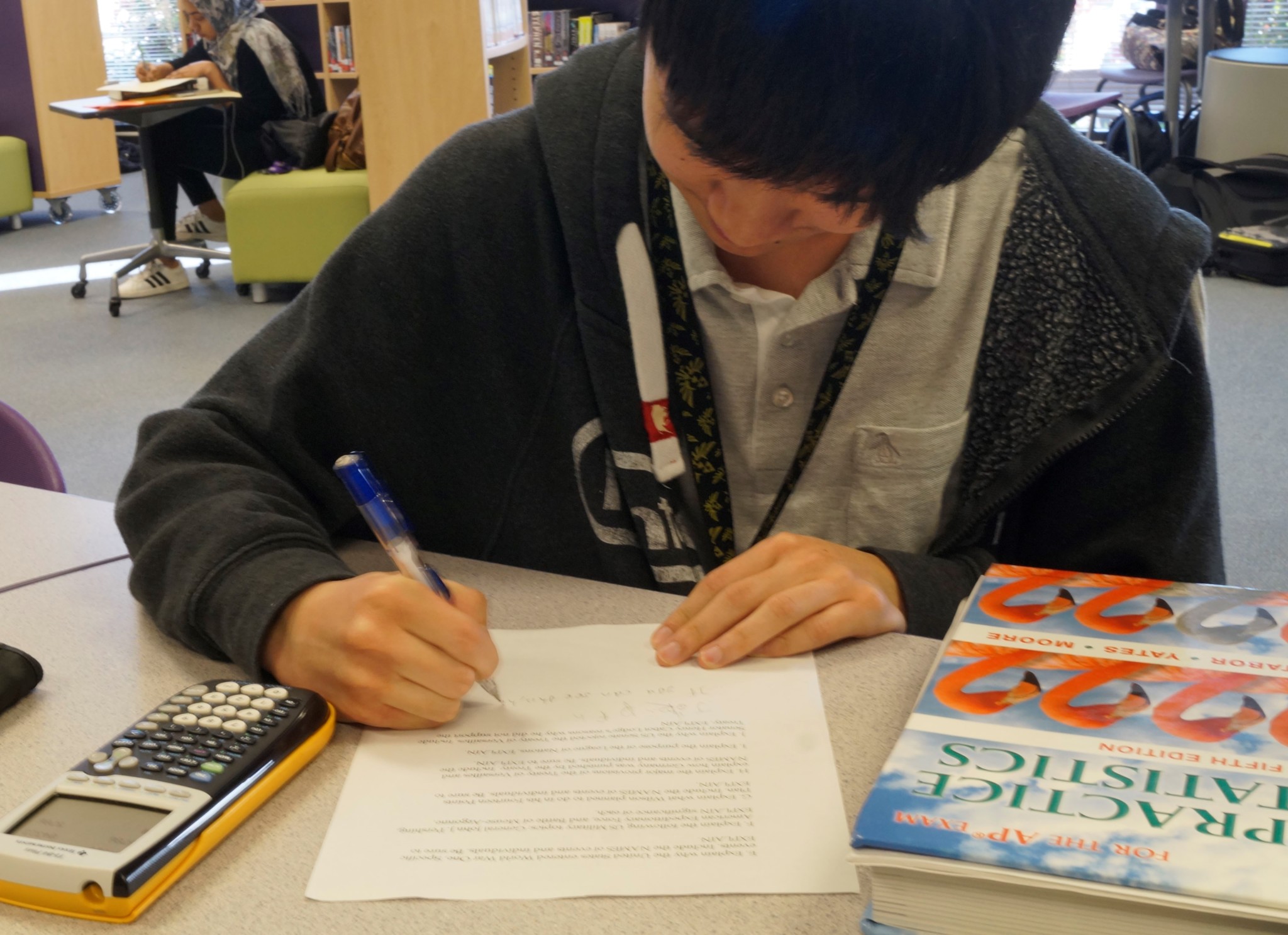 Junior Joshua Lu’s New Year’s resolution is to improve his SAT scores. He is working on SAT prep practice sheets in the library.

In order to achieve a goal, or at least try to, it has to be more than just words being said. Saying “I want to stop procrastinating” isn’t enough to motivate anyone into trying. Instead, having a thorough plan that does not overestimate any ambitious motivations will make one try to stick to the plan.

“Look at your goal and break it down [in]to parts first of all,” Kolk said. “Once you break it down into steps, then look and say what might stop me from doing all these steps.”

There’s no guaranteed success when establishing resolutions, but that has never stopped anyone from making them every year. The start of the new year is the start of a new lifestyle. 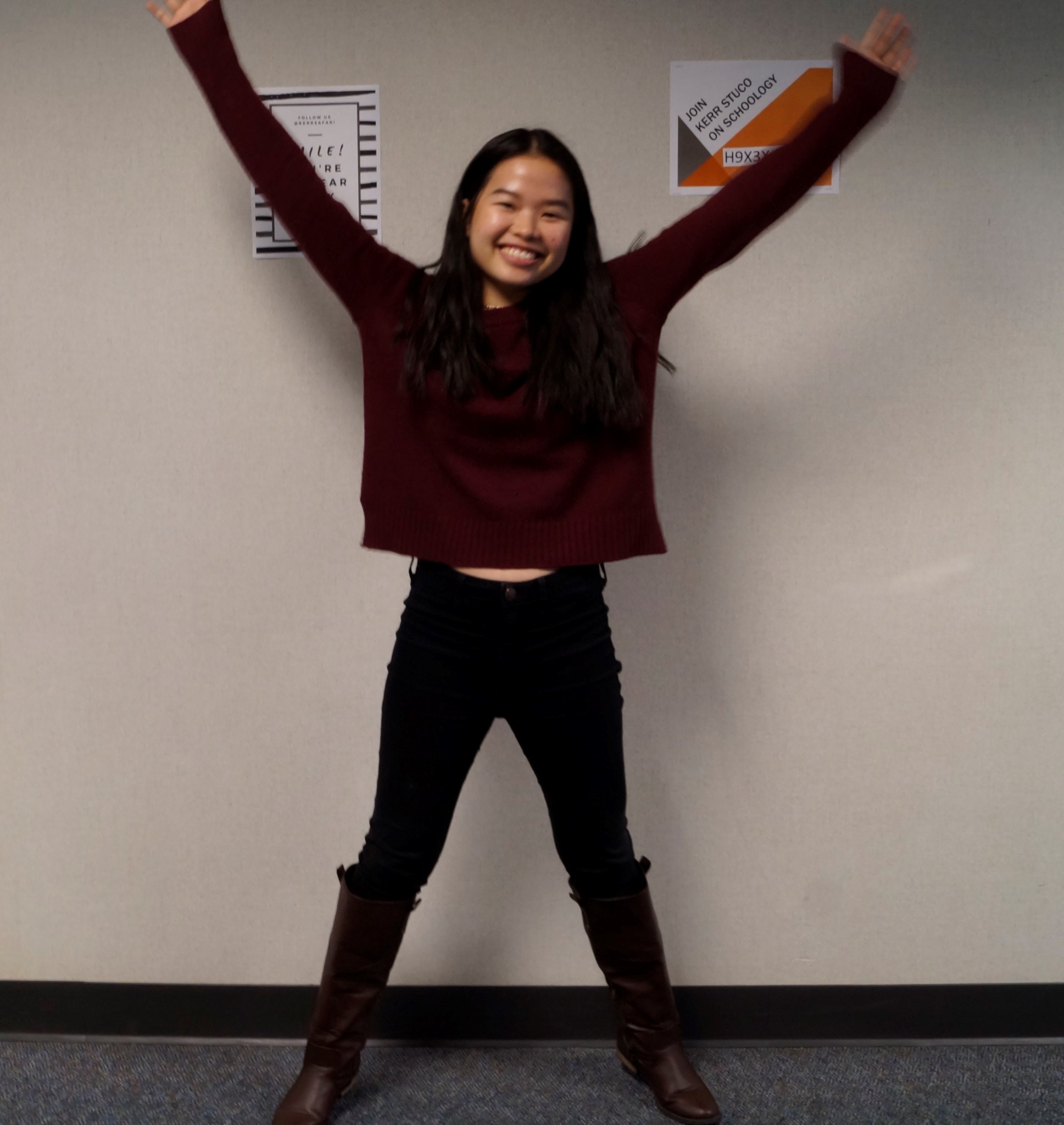 Sophomore Jessica Nguyen’s New Year’s resolution is to work out more and be more athletic.