May 4, 2018, was a day where seniors got dressed up in outfits prepared by whoever buys them. Seniors were being dressed up in advisory and lead the parade around first period, 7:50 A.M to 9:10 A.M. This event was a followup from the senior auction, where it was one of the last opportunity to raise money for the 2018 class’s prom. 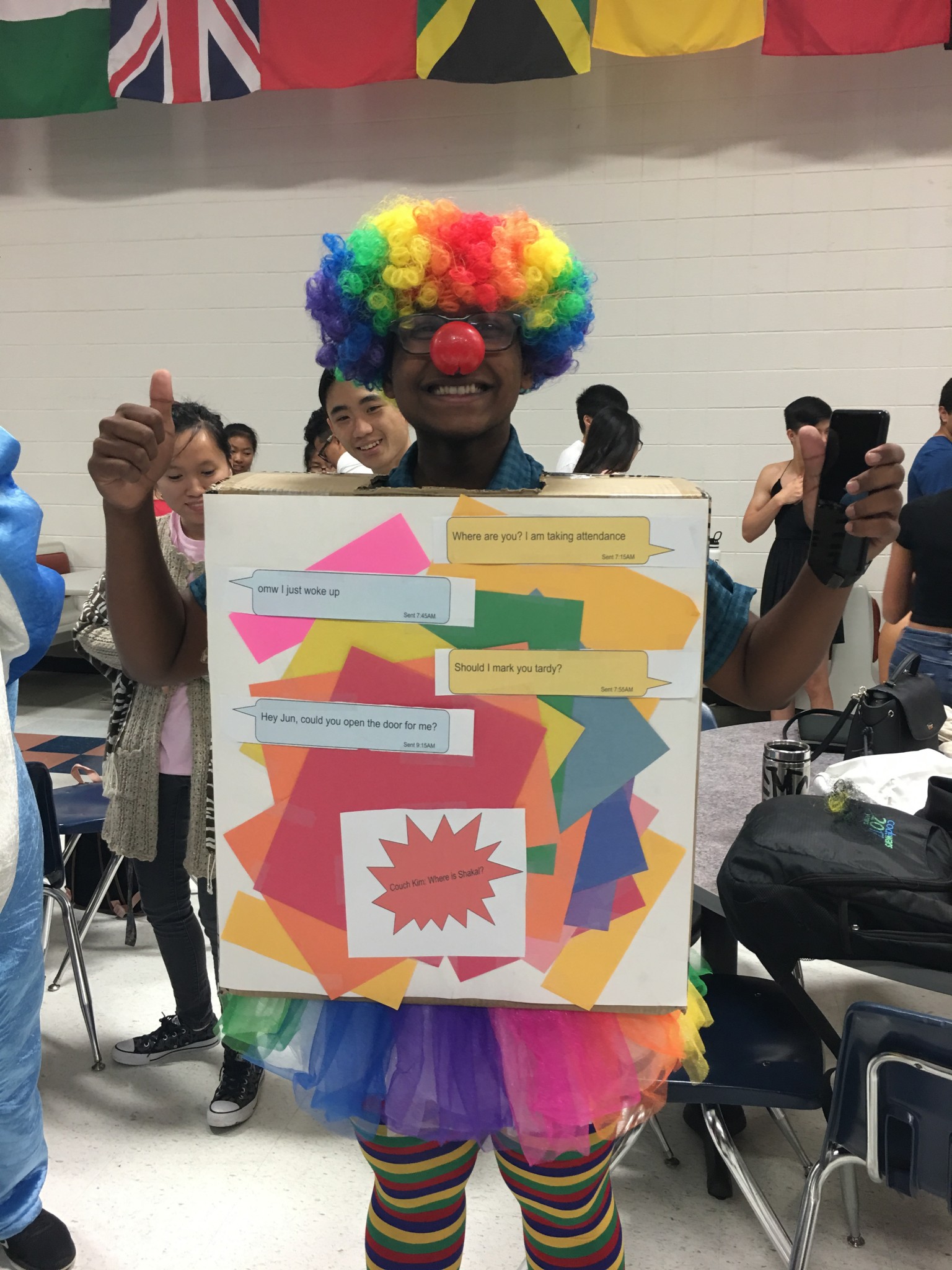 Posing for a memory, Shakal Ahad12 poses for a picture in his costume to show his spirit for the senior parade. With a large smile and thumbs up Ahad wears the costume prepare by his advisory. “I wasn’t expecting to have to wear tights because I’ve never worn them and they weren’t that bad,” Ahad said. “I totally forgot it [Senior Parade] was today and I didn’t get anything for the person I bought but I still had a blast.” 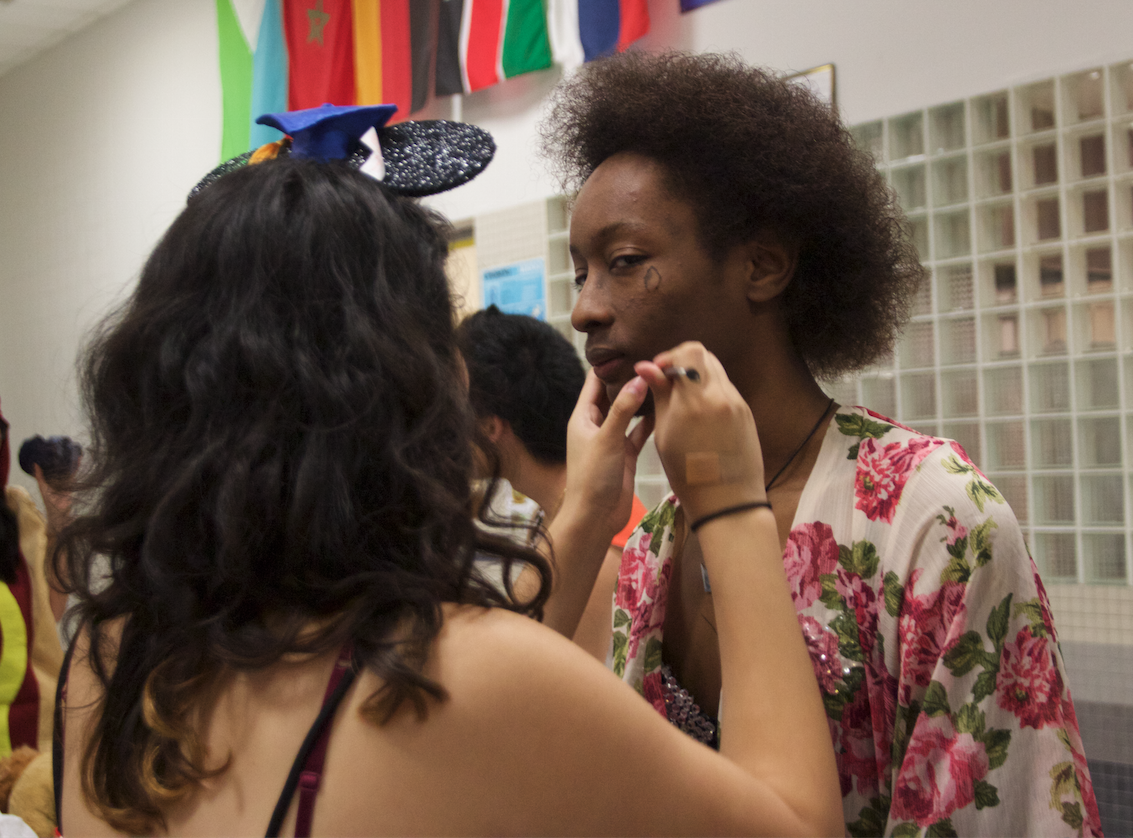 With her back facing the camera, Genesis Gobellan12 focuses on applying makeup to Robert Lwangg’s12 face. “It was quite the experience, I was kinda expecting this outcome, but for it to actually happen it felt so surreal,” Lwangg said. “And also, I worked those heel and make-up.” 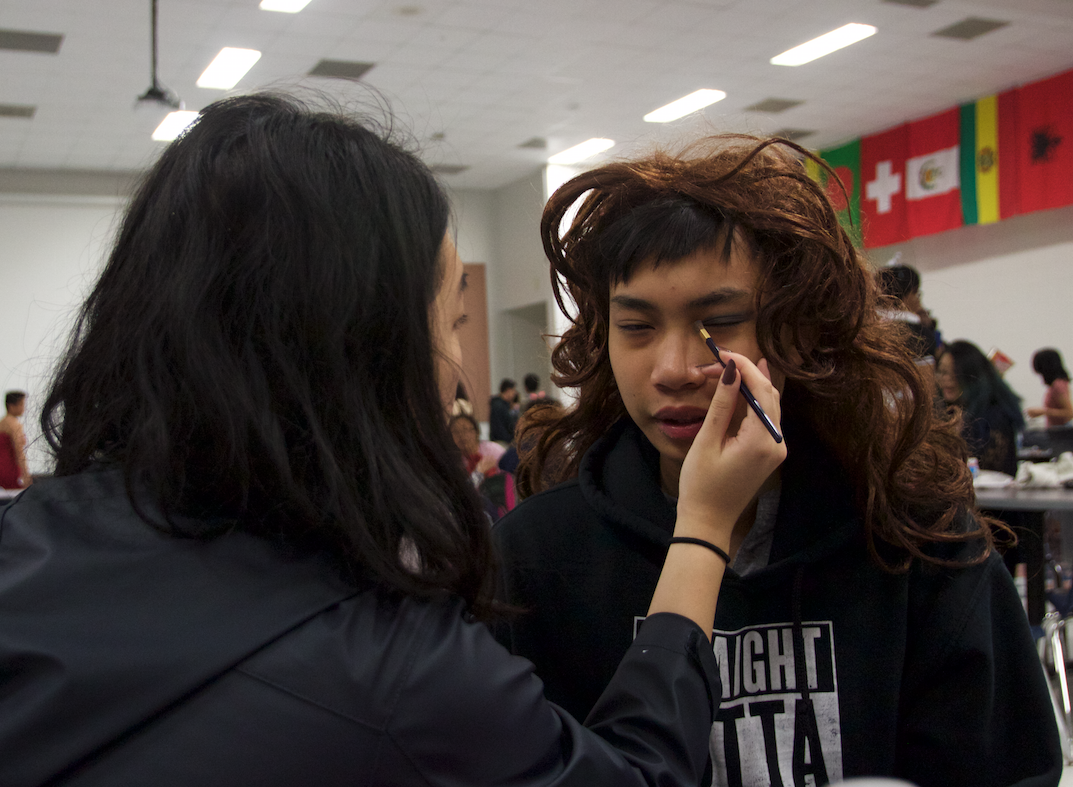 During the advisory time, Tien Nguyen11 dresses Junlong Zheng12 up for the upcoming senior parade. Back in April, Tien bid Junlong at the senior auction allowing her to dree Junlong up however she wants. “The females need an upgrade. The cross-dressing guys need a new outfit, ” Zheng said. “The experience is embarrassing and the makeup destroyed my reputation.” 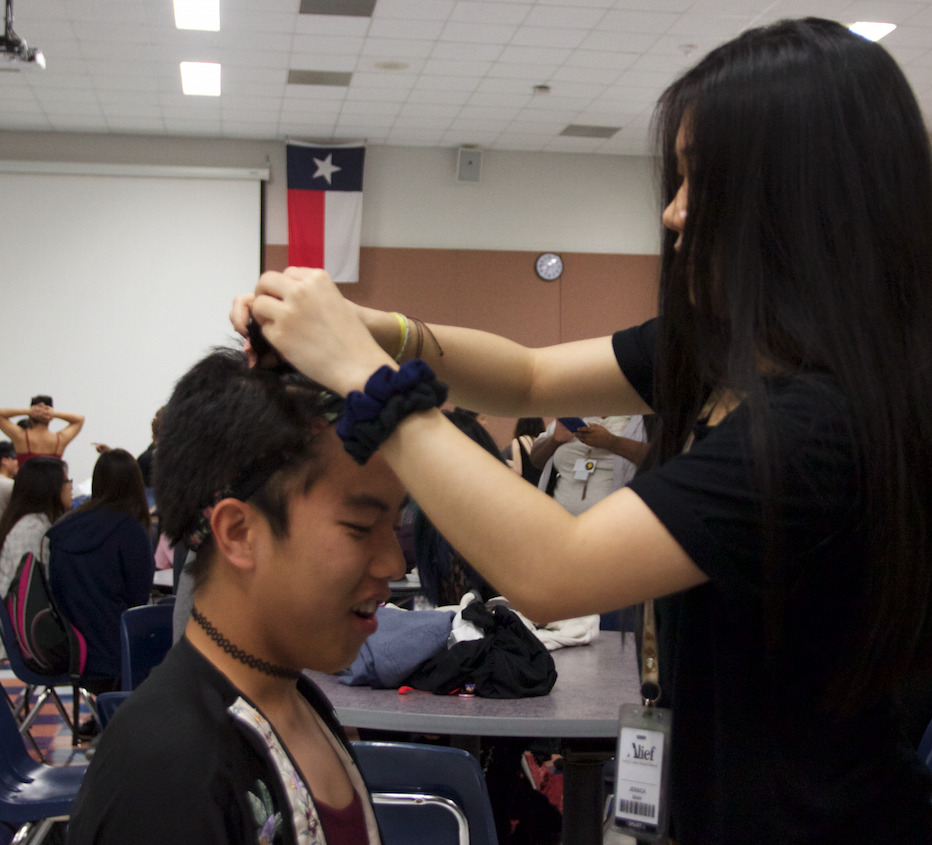 Shutting his eyes tight, Kevin Tran12 allows Jessica Banh11 to tie his hair into a short ponytail for the following senior parade. It was fun because I was able to enjoy a moment with most of my class for one of the last time,” Tran said. “It felt short, but it was fun seeing everyone’s reaction.” 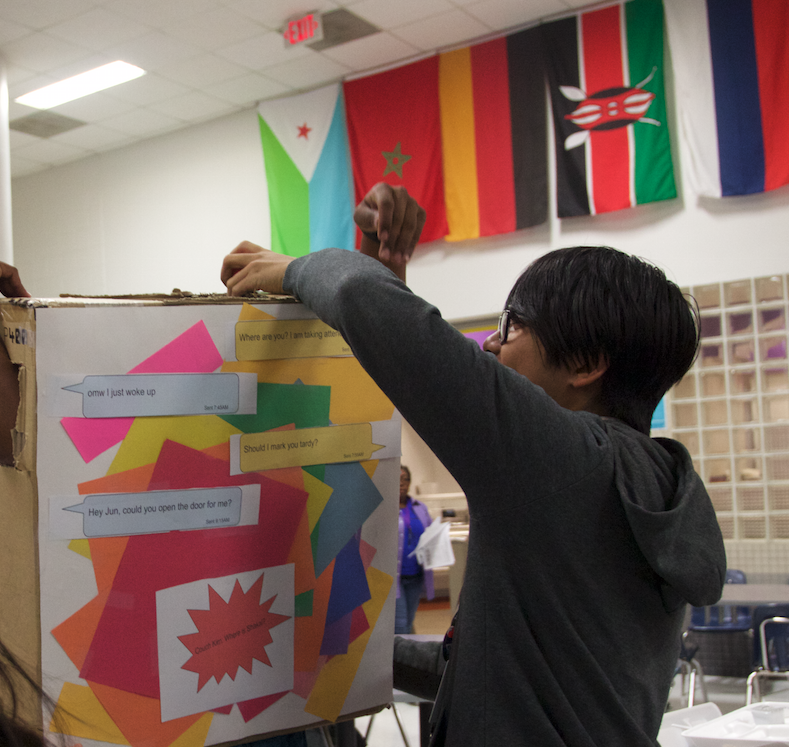 Damian Andaya12 finishes putting on Shakal Ahad’s12 outfit by putting a box over him. “In the past, I didn’t pay much attention to the senior parade,” Andaya said. “ Being a senior myself, I realized that this was one of the last events we as seniors could do together.”