Question and Answer with Ashley Recinos 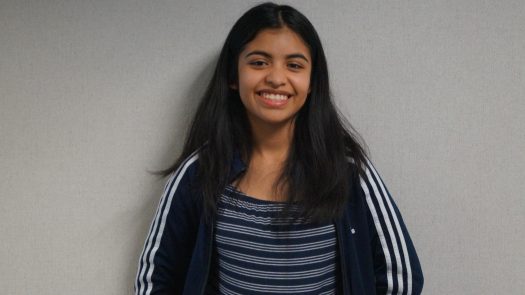 Ashley Recinos is a sophomoreQuestion: What is your favorite Fandom?

Q: What was your favorite show growing up?

A: ” I liked Zoey 101, cause it was like, I liked how they were alone with out their parents and they were free”

Q: In your opinion which came first the chicken or the egg?

A: “The egg, because its what comes first”

Q: What is your favorite book series?

A: “The Greek Gods series, like ‘The Lightning Thief.'” (Percy Jackson series)

Q: What’s a stress reliever you have?

Q: If you could learn/study anything you could possible want what would it be and why?

Q: If you were labeled what would you be labeled as?

A: “I would be labeled as weird, cause you cant be a normal person if your not weird.”

Q: If you won a million dollars, what would you do?

A: “I would give it to someone else, I would say give about half away and yeah.”

Q: What would be your spirit animal?