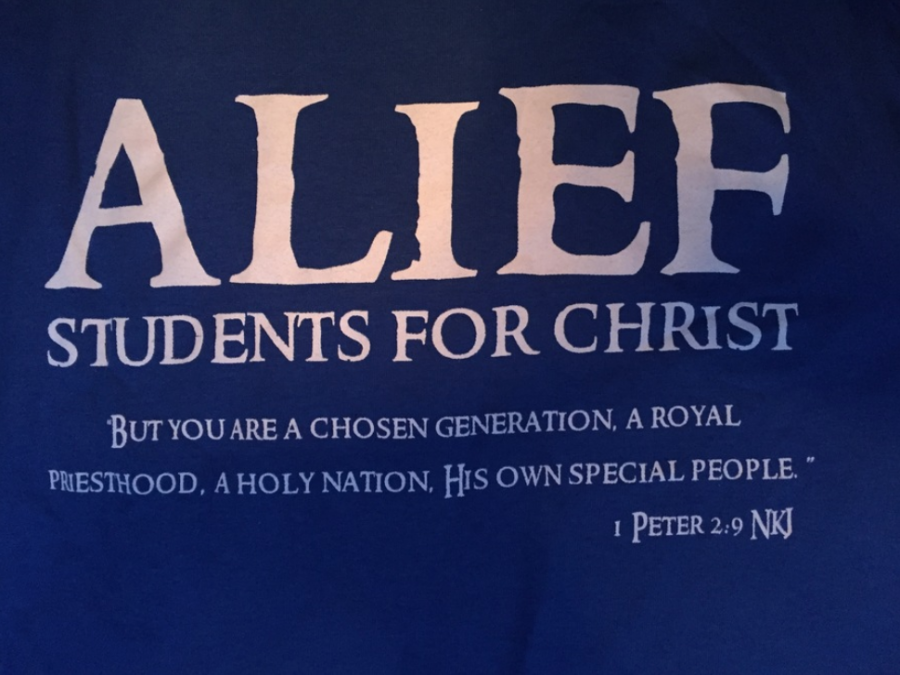 Although Christian Fellowship does not have a specific club shirt, the sponsor was able to get the shirt pictured for the club.

Christian Fellowship is a club where students have the liberty to share their beliefs with others who have those same beliefs. The club is currently made up of 3 officers that are seniors. The sponsor is Computer Science teacher, Steven Bolting.

Eri-Ife Adepoju-12 is the Vice President of Christian fellowship and her job consists of making sure that the club runs smoothly during meetings and she plans out the lessons.

“I organize the meetings, but mostly as a VP I am usually talking to the [sponsor] about scheduling meetings,” Adepoju said. “Right now we are trying to do a collaboration with other clubs for human trafficking week, I basically organize.”

Expressing her feelings about what Christian Fellowship means to her, Adepoju opens up about what actually happens during club meetings.

“Christian Fellowship is how close we are to each other being able to talk about your fears and struggles and how we can help cheer each other up,” Adepoju said.

Although her minimal time as an officer, Adepoju has fallen in love with the fact that the club provides an opportunity to share beliefs and connect with different people.

“One thing about being a Christian is even though you have similar beliefs, people come from different places and cultures,” Adepoju said. “You need to believe in just being able to know how to respect other people’s views and opinions really helped me learn how to talk to other people without being offensive and just sharing my point of view while respecting someone else’s views.”

Encouraging people to join the club is only the beginning of growing the club because people need to understand that they don’t need to be Christians to join this club.

“It’s not an exclusive club where you have to be Christian as a requirement, but if [they] are curious we can show them our own perspectives and hear theirs,” Adepoju said. “In society, you aren’t going to find someone that has the exact same beliefs as you, you are always going to be surrounded by people who have different values, I think you need to prepare for that, prepare to hear other people’s beliefs.”