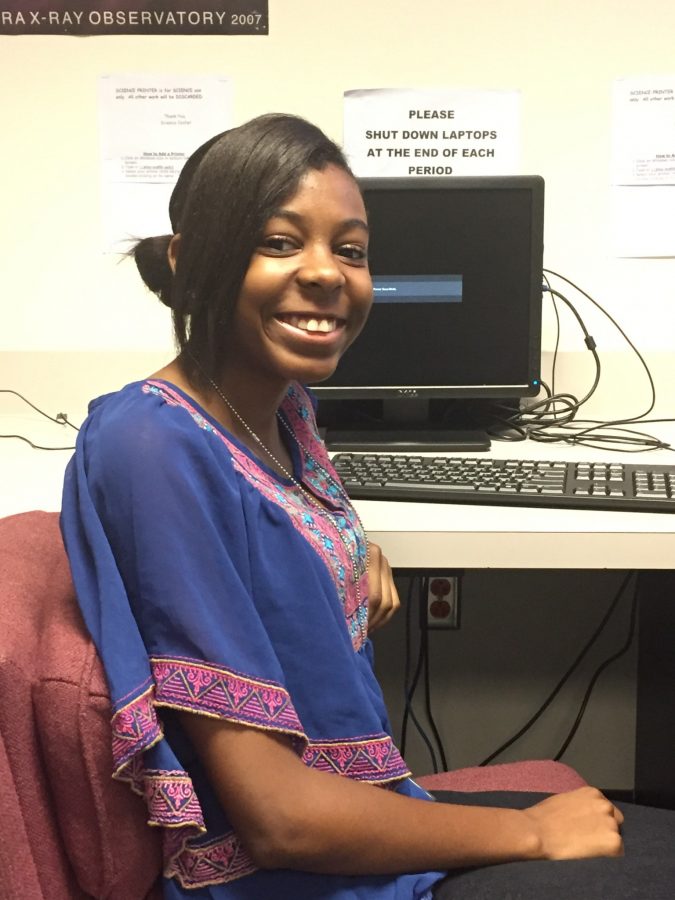 Christian Fellowship President Talia Hall poses for a feature photo after being interviewed.

Christian Fellowship is a club where students have the liberty to share their beliefs with others who have those same beliefs.
Leadership
The club is run by four officers that are seniors, Talia Hall as President, Eri-ife Adepoju as Vice President, Vina Nweke as Secretary, and Kelly Coreas as Historian. The sponsor is Computer Science teacher Steven Bolting.

“I want this club to expand and get bigger, once we [the officers] graduate, I don’t want the club to go into non-existence,” Hall said.
ACtivities
There have been many struggles in getting the club started because of conflicts between spreading such beliefs to people.

“It’s not hard to be able to fundraise and make the club known, but it is hard when we are limited because we are labeled as trying to convert people,” Hall said.
Membership
Anyone who wants to join has the eligibility to do it; they just need to show up to the meetings and they are considered members.

“I try to negotiate events to gain more publicity with our sponsor, but it is difficult,” Hall said.