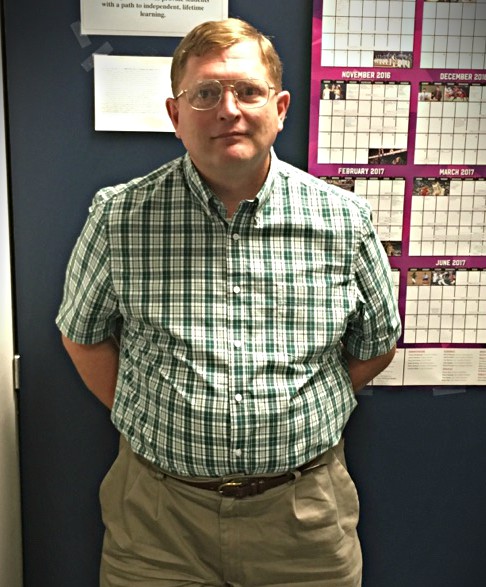 From helping students learn the fundamentals of code to involving himself  after school through his clubs, computer science teacher Steven Bolting has really shed light on his commitment to Kerr.

Since 2003, he has taught three levels of computer science. However, he’s had a variety of careers before settling on teaching. From being an IT Manager for the major oil corporation and distributor Enron, which went defunct in the mid-2000’s, to working as an IT Manager for the Pentagon, Bolting has really had some adventurous careers.

“I was in [the] petroleum [field] with an IT degree,” Bolting said. “It was kind of a glut in the market so I started getting training as a teacher.”

Bolting’s passion was always in teaching. Furthermore, he has taught for Central Texas College in Germany and Korea living away from the states for about 8 years. Bolting truly loves his job and the impact it has on his students, whether it be them majoring in computer science in college or just learning a new useful skill.

Outside the walls of Kerr, Bolting has provided for his community. His outside interests involve connecting through his father-in-law.

Bolting sees honor to be an essential factor in doing well and having fun in his classroom.

“I hope students feel like I honor them in my response to them and that my teaching is not for my ego in any way but rather it’s to help them prepare themselves for their future,” Bolting said. “That’s one of the rules in my class is mutual honor: I honor the students in my class so they tend to reciprocate and show honor to me as well and then we have a positive learning environment that way.”