12 years later, Starcraft 2 does not disappoint 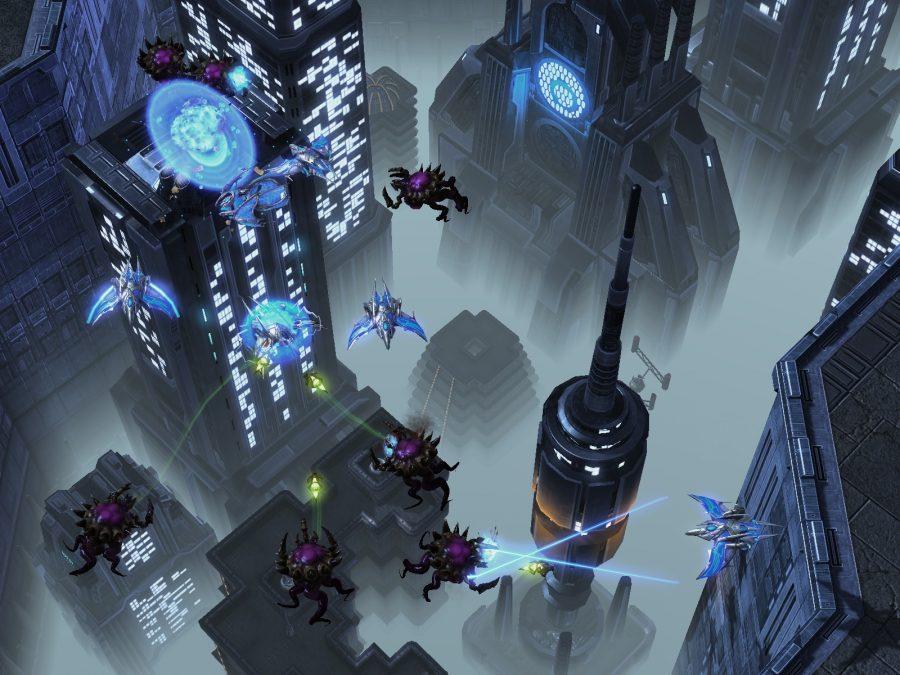 Zero corruptors, which are huge brain-like creatures with tentacles, can cover targets in acid, which leaves them weaker for incoming attacks.

For 12 long years, fans of Starcraft have been growing more impatient on a sequel that seemed it would never come. When Blizzard Entertainment announced the development of Starcraft 2: Wings of Liberty in 2007, fans impatiently waited for another three years before the game hit stores.

The basic concept of the first Starcraft game hasn’t changed much. Players still need to gather resources and build an army to defeat their opponents. However, because it features revamped 3-D graphics, dozens of new units to use, and a completely different single-player mode, Starcraft 2 has not been a disappointment; it actually raises the bar for upcominggames.

The overall storyline behind the Starcraft series revolves around the clash between the three races: Terran, Zerg, and Protoss. However, Blizzard announced that since they wanted to make sure the players would be able to get an in-depth storyline for each race, they divided Starcraft 2 into three installations, with Wings of Liberty played in the perspective of Terran.

Though to Blizzard this was perfectly logical, this is actually very upsetting for some fans since each installment is expected to cost $60. Rather than paying $60 for one game, if a fan wanted to experience all three races’ stories, they’d have to pay at least $180.

Starcraft 2 has been extremely successful, with at least 700,000 players online on the first day of release. The game has really impressed me with its innovative gameplay.

The single player mode offers over 20 hours of gameplay, and that’s just to beat the game. If you actually wanted to accomplish all the goals and objectives of each mission, you could easily rack up 40 hours of gameplay.

The multiplayer, on the other hand, lasts seemingly forever. The orginial Starcraft has had success for at least 12 years, and it still remains one of the most played MMO (massively multiplayer online) games today. Starcraft 2 does not disappoint and shows promise for replayability.

With the vast amounts of things you could do in-game, so many options and possibilities, and lots of customization which includes creating maps, units, abilities, changing the game’s “physics”, etc., players are able to do ANYTHING.

Starcraft 2 is absolutely addicting. The vibrant, detailed texture of the graphics combined with a development staff like Blizzard (who is also behind the very successful World of Warcraft, and Diablo and Warcraft series) makes sure that Starcraft 2 is not leaving any time soon.