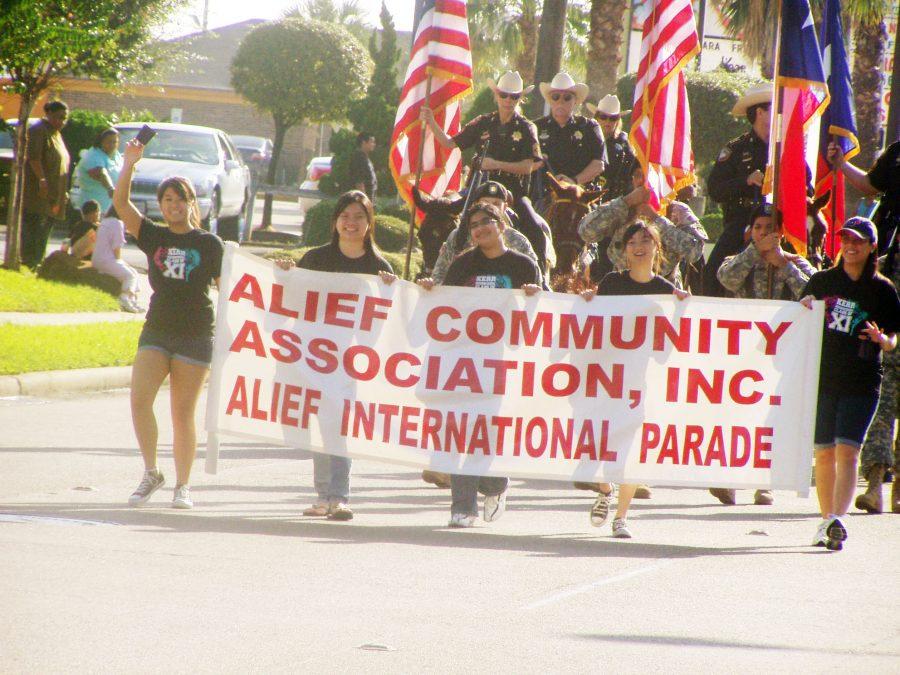 A few Kerr students were given the honor of holding the first banner in the parade.

On September 25, Alief high schools, middle schools, local companies, and many other people came out to perform and watch the annual Alief International Parade. The parade was started two years ago in order to honor Alief. “This was the third year and has grown in size each year,” Public Relations & Publications Specialist Holly Kurth said. The parade featured many colorfully decorated floats and attractions.